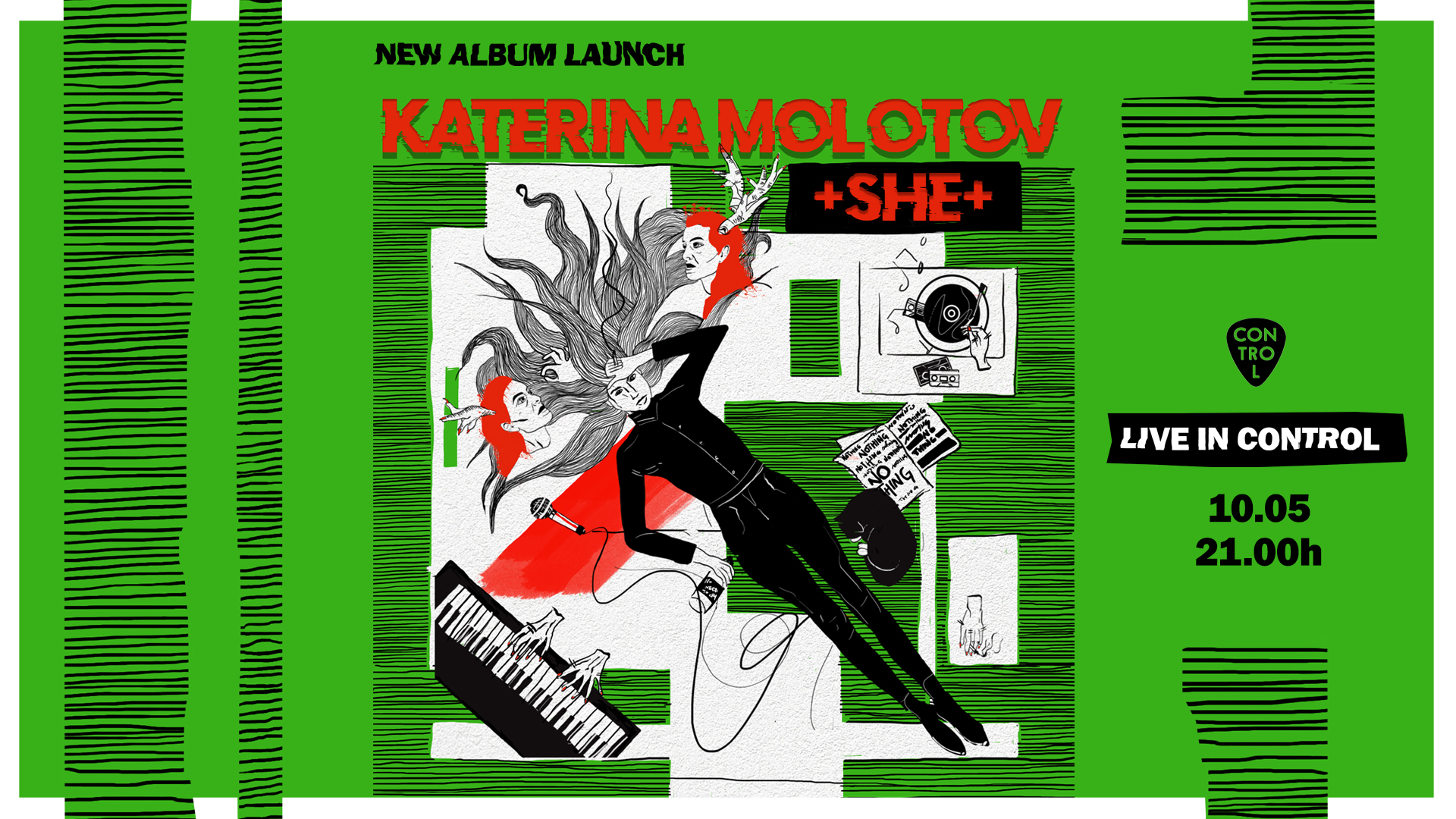 I invite you:
▪️Friday 06.05.2022 at Manasia Hub – pre-release party album “Katerina Molotov” – + SHE +
▪️Tuesday 10.05.2022 at Control Club – album release ,, Katerina Molotov ”
It’s a 9-track album about my imaginary friend I saw when I was 5 to 7 years old. + SHE + has been transformed. We are 3 people in the band, and the sound is dark-wave & post-punk.
—————————————————————————————
“Katerina Molotov has been my imaginary friend since I was 5 years old. I created her then and saw it until I was 7 years old. Then I saw her again when she was 16 and she was the same age as me. In 2013 I found out her name, and in 2016 she appeared at a festival among the trees. In the fall of 2021 I started seeing her again on the streets around the house and she started visiting me in dreams. Shee had bird feet in her hair. These would symbolize the passage between the worlds. I think she has some kind of keys that she can use to travel through time and between worlds.
This project “+ SHE +” started at 5 years old. That’s when I started composing Katerina’s songs and poems. This second album is why I started composing music. These nine songs are about Katerina, our relationship, and the thoughts we shared. + SHE + started with Katerina Molotov. + SHE + is Katerina Molotov. I’m Corina Sucarov. ”
Each + SHE + album has its own entity. It sounds, looks and feels different. Albums cannot be played together.
The album is inspired by my childhood and the life I have lived so far. The look approached is one that reflects characters we saw in the family + what we later experienced in a continuous struggle for survival.
This album is dark, depressing, deep, sexual and dancing.
Dark-wave & post-punk.
Concept, music, lyrics, styling: + SHE +
Live formula:
Voice, Looper & Synth: Corina Sucarov
Bass: Masha
Guitar: Connor

previous
See you this weekend
next
Today @radio.guerrilla